Julie Andrews is apparently a fake yodeller, according to Rob Rayner, one half of German folk combo, the Sauerkrauts, who include The Sound of Music classic The Lonely Goatherd in their repertoire.

The Sauerkrauts, Rob and Deta Rayner, bring "mayhem and silliness" with a German twist.

Technically speaking, yodelling is not just a matter of just singing higher, it involves vacillating between a break point of the chest voice and the head voice, or falsetto.

"Some people can do it and some people can't," says Rayner. "The interesting thing is that Julie Andrews can't. Although she sings The Lonely Goatherd, she simulates yodelling and not particularly well. She's a great singer but can't yodel for s---. I'm a s--- singer but can yodel a little bit, so I'm blessed."

He's not being entirely serious, of course, even if he is correct on the specifics. The Sauerkrauts' modus operandi is "mayhem and silliness" with a German twist.

Rayner originally hails from Sydney's lower north shore, but moved to Berlin in 1989 to further a career in music.

He formed the Beez in 1997, with his German wife Deta and two other bandmates, and the band has come to Australia in summer for the past 10 years to do the folk festival circuit and standalone gigs, performing a mix of their own songs and covers such as Bohemian Rhapsody on the accordion.

This year, Deta and Rob are touring their sideline band the Sauerkrauts for the first time, an act designed to celebrate the "German oeuvre", with songs including Kraftwerk's The Modeland Nena's 99 Red Balloons.

They also do a spaghetti western version of a song by Rammstein, claiming the iconic German metal band plagiarised it from Sergio Leone.

"We do German songs with the Beez, but this is our chance to really do the full thing, with the lederhosen and the silly hats, everything – and the yodelling." 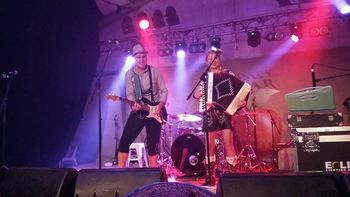 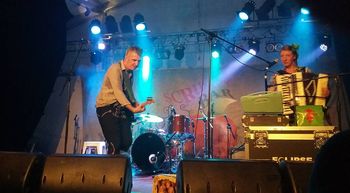 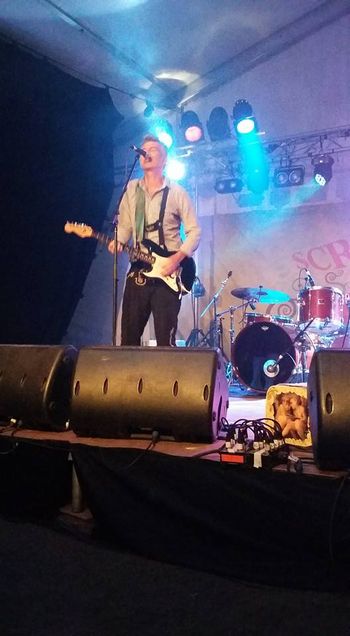 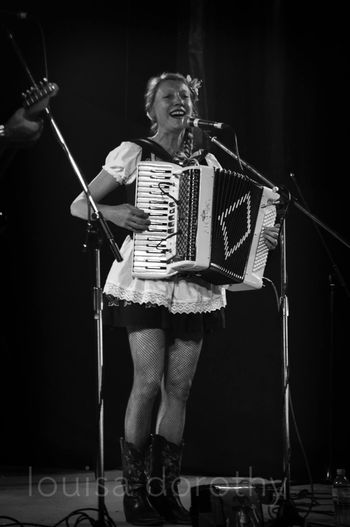 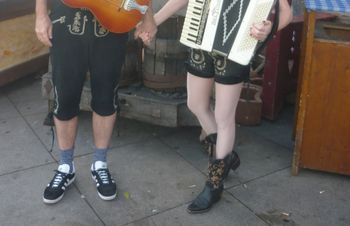 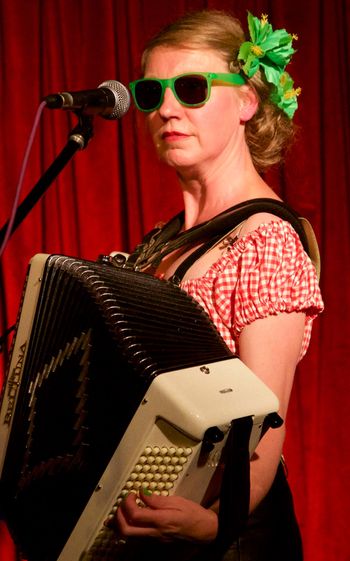 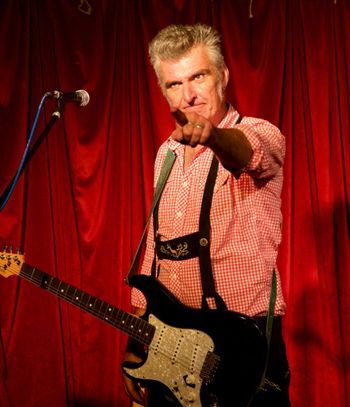 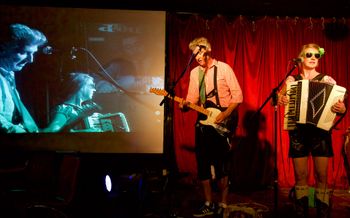 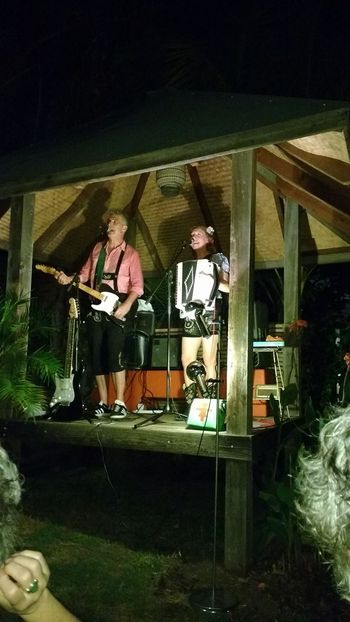 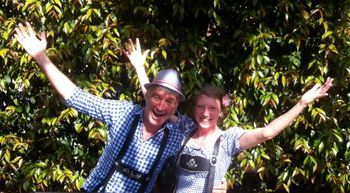 still work in progress, here are some dates: